We both love reminding you that sugar is toxic! 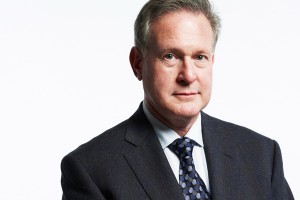 If you missed the segment last night on 60 minutes, you really missed an amazing news peice.  60 minutes featured Dr. Robert Lustig, a pediatric endocrinologist at the University of California, who believes the high amount of sugar in the American diet, much of it in processed foods, is killing us.  And as Dr. Sanjay Gupta reports, new scientific research seems to support his theory that sugar is toxic, including some linking the excess ingestion of sugars to heart disease.

Americans are now consuming nearly 130 pounds of added sugars per person, per year. Those include both sugar and high fructose corn syrup. And while many vilify high fructose corn syrup and believe it is worse than sugar, Dr. Lustig says metabolically there is no difference. “They are basically equivalent. The problem is they’re both bad. They’re both equally toxic,” he says.

Dr. Lustig treats sick, obese children, who he believes are primarily sick because of the amount of sugar they ingest. He says this sugar not only leads to obesity, but to “Type 2 diabetes, hypertension and heart disease itself.” Something needs to be done says Dr. Lustig. “Ultimately, this is a public health crisis…you have to do big things and you have to do them across the board,” he tells Gupta. “Tobacco and alcohol are perfect examples,” he says, referring to the regulations imposed on their consumption and the warnings on their labels. “I think sugar belongs in this exact same wastebasket.” 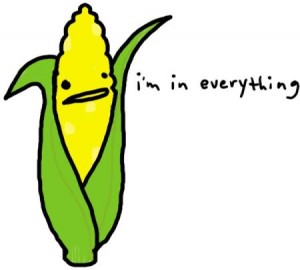 A recent study supports the idea that excess consumption of high fructose corn syrup is linked to an increase in risk factors for heart disease by increasing a type of cholesterol that can clog arteries. The University of California, Davis, study also indicated that calories from added sugars are different than those from other foods. Subjects had 25 percent of their caloric intake replaced with sweetened drinks. Nutritional biologist Kimber Stanhope was surprised to see that after only two weeks, “We found that the subjects who consumed high fructose corn syrup had increased levels of LDL cholesterol and other risk factors for cardiovascular disease,” she tells Gupta. “I started eating and drinking a whole lot less sugar.”

What happens says Stanhope, is the liver gets overloaded with fructose and converts come of it into fat, which gets into the bloodstream to create “small dense LDL,” the kind of LDL that forms plaque in arteries. The irony here is that for precisely that reason – avoiding heart disease – a government commission in the 1970s mandated that we lower our fat consumption. “When you take the fat out of food, it tastes like cardboard,” says Dr. Lustig. “And the food industry knew that, so they replaced it with sugar…and guess what? Heart disease, metabolic syndrome, diabetes and death are skyrocketing,” he tells Gupta.

And other scientific work shows that sugar could also be helping some cancer tumors to grow because sugar stimulates the production of the hormone insulin. Nearly a third of common cancers such as some breast and colon cancers, contain insulin receptors that eventually signal the tumor to consume glucose. Lewis Cantley, a Harvard professor and head of the Beth Israel Deaconess Cancer Center, says some of those cancers have learned to adapt to an insulin-rich environment. “They have evolved the ability to hijack that flow of glucose that’s going by in the bloodstream into the tumor itself.”

What does the sugar industry have to say about this? Gupta spoke with Jim Simon, a member of the board of the Sugar Association. “To say that the American consuming public is going to omit, eliminate sweeteners out of their diet, I don’t think gets us there,” he says. Simon points out that the science is “not completely clear” and it’s wrong to single out one food because the real emphasis should be on long-term reduction of calories, balanced diet and exercise.

Watch what Dr. Sanjay Gupta says about sugar and your kids…