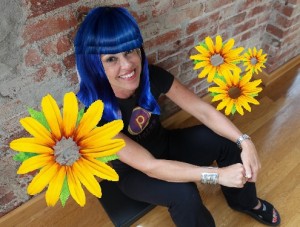 Day Four of my 10 Day Paleo Jumpstart program started off a bit rough.

I am an early riser,  but this morning I wasn’t my usual chipper self.  I’d had a headache for the past 3 days and wasn’t feeling too eager to repeat the agenda today.  Apparently my ‘healthy diet’ of grains, dairy, artificial sweeteners and adult beverages had left me a legacy of some kind of sugar blues — the kind that leave you tired and cranky.

This morning,  unable to release an office supply from it’s spot in my desk, I slammed the door shut and kicked my trash can half way across the kitchen.  Needless to say, Herb had his coffee outside.

When our friends Korey and Lisa invited us to the Katy Perry concert, we agreed, not dreaming at the time we would be in the middle of our little cleanse. After a delicious paleo dinner party (yes, they are paleo-philes, too), we headed out to the concert.  In the car, I caught myself  wishing I could just have just stayed home on the couch with our dogs.

But when we got there, the concert crowd was lively and entertaining- the outfits were fun to look at since the average age of the audience was somewhere between 6 and 65.  There were over 14,000 people there and nearly all were out of their seats the entire time dancing and singing  (and singing loud).   It was F U N!

And imagine my surprise when half way through the show, 2 huge props were hoisted into the air-  what were they?
They were huge 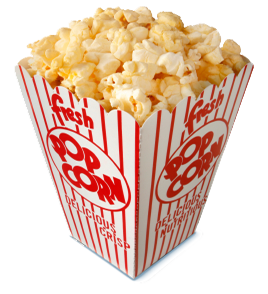 cuts of meat!  I kid you not! There were two huge steaks swirling around above the stage amid the cupcakes, cotton candy and “sticky sweet” pop lyrics. It was then I realized, my headache was gone!  Not a trace of it!  I took it as a sign-  I’d made it through hump day and I was going to be feeling better.

So you can say what you want about Katy Perry, but nobody left that arena tonight unhappy.  It’s quite powerful to see a performer who can transform a Wednesday “school night” into an all out TGIF extravaganza.  That woman works hard and works it well.  Seven months into her tour and she made you feel like it was her opening night.

It was as good a reason as any to stand up, joyfully sing at the top of my lungs and just plain celebrate life….  And, looking around that jam packed crowd, I noticed about 13,999 other folks feeling exactly the same way.

Katy, you go girl!  And thanks for getting me past my hump day.